Traditionally, Num Ansorm or Khmer sticky rice cake is a traditional cake that Cambodians make during the big celebrations of the year such as Khmer New Year and Pchum Ben Day (Ancestor Day). During this time, most families in the countryside of Cambodia will make Num Ansorm as an offering to the monks and their ancestors, as well as being a special gift for relatives or friends from the city coming to visit. If you have ever wondered how the Khmer sticky rice cake is prepared, read on to find out.

Num Ansorm Chrook is a savory variation of a cylindrical rice cake filled with pork and mung bean. The cake is then wrapped in banana leaves and tied with string. It is often cut and deep-fried and served with fish sauce and pickled vegetables.

Meaning of the Cake

The term “Ansorm”, according to the dictionary of Samdach Sang Chuon Nath, explained that cakes are made of sticky rice packed with freshly leaves (normally banana leaves), cylindrical shape, cooked by steam or grill. There are many types such as Ansorm Chek filled with Pisang Awak (Chek Nam Wa in the Khmer language), Ansorm Chrook put sliced pork inside, Ansorm Doung (Coconut sticky rice) filled with coconut milk or coconut flesh, Ansorm Ang (grilled sticky rice) is cooked by the grill, etc.

Reasons for making Ansorm according to religion

Based on a number of documents indicated that in the period of Jayavarman VII, Cambodia practiced Hinduism and most of its materials were associated with religion, for example, Num Ansorm.

In Hinduism, the Num Ansorm represents Shivalinga, while Num Kom represents as Yoni-Sakthi, the consort of Shiva. That is why we always see this kind of Num Ansorm in the festival, along with “Num Kom”, a traditional Khmer cake. Because Hinduism is embedded in every Khmer mindset (Buddhism does not bring the cakes to throw or worship, there is only Hinduism), Khmer people only offer these cakes to the monks, which makes the two religions mixed together as we see today.

“Num Ansorm” has existed since ancient times in traditional Khmer bakeries and has been seen in this way in Khmer traditional festivals such as Khmer New Year. Pchum Ben, Wedding ceremonies, and some other religious ceremonies. The way that brings these cakes goes to pagodas during the Pchum Ben festival as well as other festivals associated with Hinduism.

How to make Num Ansorm

First, we must tear off the banana leaves or P’arv leaves. After the banana leaves or P’arv leaves have been cut from the tree, they must be put under the sunlight for about 15-20 mn so that they become tough enough to use in wrapping the cake. The leaves are torn into pieces to make different sizes of the cake (about 20 cm wide) and cleaned with a towel or piece of cloth.

Then, a banana can be used as a cord or other type of cord to wrap up the cake. The sticky rice is washed with clean and fresh water after it has been soaked for about 3 hours and then put in a basket to drain all water. Once the rice has been drained, salt and freshly shaved coconut flesh are added and mixed into the rice. The mung beans must be soaked for 8-10 hours, after that they are rinsed and drained as well.

After that, the pork is cut length-wise into 15 cm long strips and seasoned with salt, sugar, black pepper, and spring onion leaves. Now that all the ingredients have been prepared we can start to wrap the sticky rice cake (Num Ansom). Three to four layers of banana leaves are spread out flat. On this, a layer of sticky rice is spread, and then the mung beans are placed in the center, followed by a layer and another layer of mung beans.

Next, the cakes are wrapped by pulling both sides of the banana leaves together and forming a round roll. The layers are fixed by a string first to hold things together before a lot more strings are tied around the length of the cake, ensuring that nothing falls apart during the cooking process.

Lastly, the baking process takes about 5 to 6 hours until it is well cooked. We have to keep on looking, we need to keep the lights closed, and turn the cake to the side to make the cake well cooked.

During the Angkor Sangkranta event at Siem Reap in April back in 2015, Cambodia breaks the Guinness World Record for Largest Sticky Rice Cake. The cake weighed 4 tons (4,040 kg) and was announced to be the Largest Sticky Rice Cake on earth during Khmer’s New Year celebration. It takes about 2 days to cook and was approved by Guinness that the biggest cake in the world on the 13th of April 2015 during the Khmer New Year as well. It was cooked technically and by 100 Khmer chiefs. 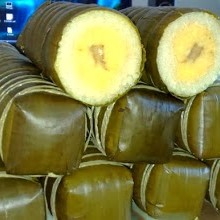 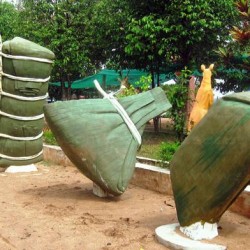 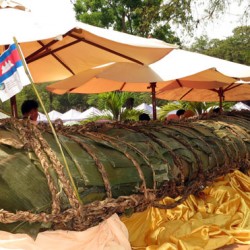 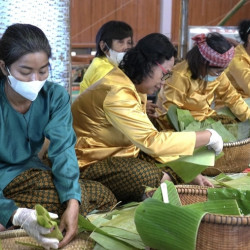 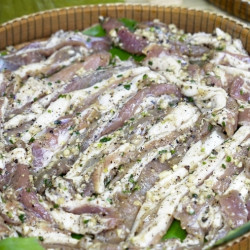 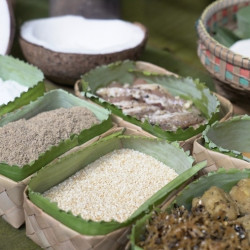 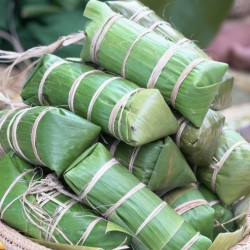 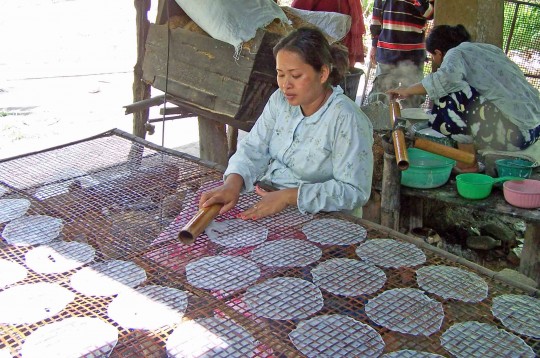 A rice paper wrapper is essential to every Cambodian spring roll (or salad roll) menu. The [...] 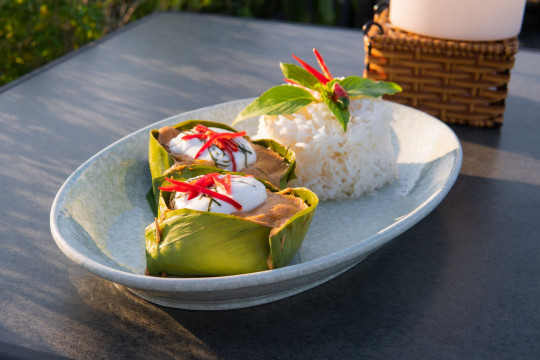