The Sampeah is a Cambodian traditionally greeting style or way of showing respect. While performing the salutation or mutual recognition “Sampeah”, people have to raise both hands, and place their palms together in the lotus-like fashion while bowing slightly. The word often spoken with the Sampeah when greeting somebody is Chumreap Suor, while Chumreap Lea is spoken when saying goodbye.

Hello In Cambodia And Other Greeting Etiquettes In The Country

Cultural norms of respect and hierarchy, which have existed for generations ago, are still followed by every Cambodian citizen. But they might not be familiar with typical foreigners who visit the country. In other words, culture shock may exist among the traditional greeting etiquettes. However, you can see that in the way Cambodians greet each other. Sampeah is the most respectful and polite way to welcome, pay gratitude, or apologize to whom you are expressing in the conversation.

When you greet, thank you, sorry, or say goodbye in Cambodia, the traditional gesture is like praying (put your both hands together like lotus shape). People have to bow their heads a little bit and simultaneously combine their hands. Sampeah is a Cambodian greeting etiquette that is commonly used, especially when meeting families, acquaintances, or co-workers.

You may wonder how we do greetings in Cambodia? you might want to hold your hand gesture longer than the verbal expression when you are at official meetings or with older people. This is a sign of showing more respect. In return, you will be regarded as a gentle person. Thus, to get rid of being culture shock, you should learn the appropriate way of Cambodian greetings before booking Cambodia trip packages.

As mentioned earlier, Sampeah is a hand expression in which the higher your hands are placed and the lower your bow is, the more respected and gentle you are regarded. Even though it is perfectly appropriate to shake hands with Cambodians. As a foreigner, Sampeah in the traditional manner would be much welcomed as a demonstration of your understanding and respect for the country. And I am definitely clear that the Cambodians would be surprised and decent with this kind of act.

Before diving further, every foreigner should know how to perform “Sampeah” in a correct and proper way.

There are generally five different hand gestures that you need to perform for Sampeah. Each position has a distinguished level of respect to whom you show “Sampeah”. To start off, bear in mind that every Sampeah is required to place both palms together like a lotus flower to perform correctly.

Social status, ranking, and age are the first thing to understand. People with the same level can Sampeah each other on the chest. Moreover, If you are greeting your employer, senior individuals, or someone you admire, your Sampeah should be placed below your mouth or lips. For older families, like parents, grandparents, relatives, or lecturers, you may want to Sampeah them by placing the fingertips touching the nose. Other than that, if you happen to pass by the walking monks, you should bow down with your palm close to your hands and fingertips touching your eyebrows. In addition, you should do the same behavior to kings and male and female nuns.

Now after you have met four different situations, let’s explore the last one that is considered the superlative social status in Cambodia. Temples (mostly are regarded as sacred places), sacred statues, and Gods are the top respected rank. Therefore, you should place your hands together up high with the thumbs touching the forehead while bowing down as deep as you can (can be touching the floor).

For this reason, it is important to remember these five different situations of greeting in order to ensure that you are performing the right Sampeah gesture to the right people. In addition to greetings like "hello" and "goodbye," the Sampeah may also be used to express gratitude or apologies.

Hence, you should keep in mind these five ways of greetings to make sure you are doing an appropriate Sampeah. Sampeah is not just simply a form of saying hello or goodbye, it is also used to say thank you in Khmer (Ar-Kun). Doing Sampeah is a way of expressing respect and politeness, so it would be impolite to not respond back when people do a Sampeah gesture to you. Being respectful and gentle by doing Sampeah is an important part of Cambodian culture; however, if you do not respond the same Sampeah back, you will be considered a rude person. For example, if our Cambodian colleague says good morning in Cambodian (Ar-Run-Sour-Sdey), then you need to reply with the same word with a Sampeah gesture back to them to show respect.

Perception of Respect Regarding Head and Feet

Cambodians believe that the head is the most important portion of the body since it is the headquarters of wisdom and spiritual essence. A person's head is considered sacrosanct. As a result, patting or touching someone's head is a serious insult. Feet, on the other hand, are regarded as a less important portion of the body, so there are not many insults towards feet. 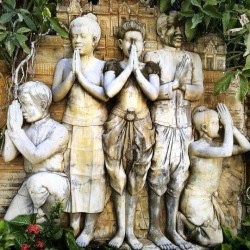 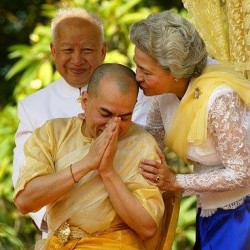 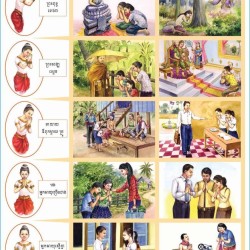 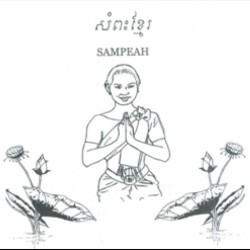 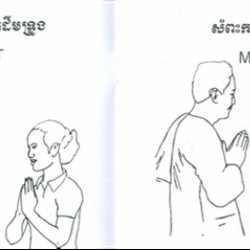 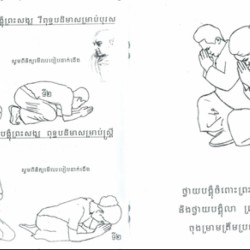 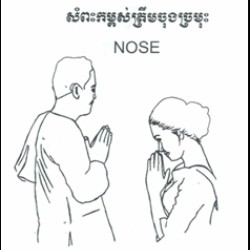 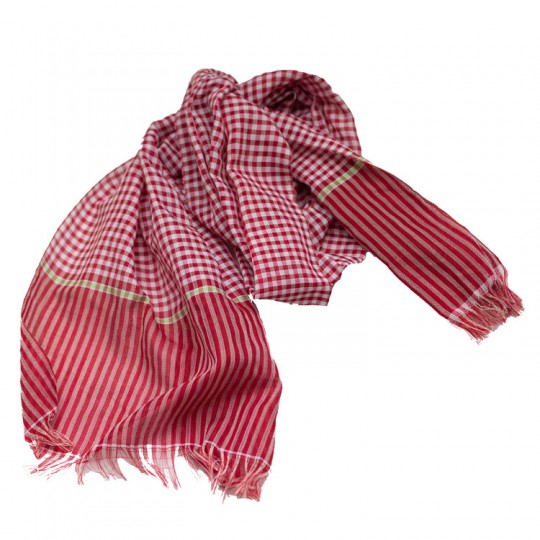 Kramar is a sturdy traditional Cambodian garment and signifies the Khmer cultural identity [...]