Traditional Folk Dance Refers to all kinds of dances that are passed on from one generation to another and that are often linked to an ethnic group's traditional' ceremonies. In Cambodia, traditional dances mostly involve animism and express beliefs in the supernatural. When people have problems thought to have been caused by supernatural or spirits, they offer lively dances to appease them.

Cambodian Folk dances are performed at religious ceremonies, festivities, and leisurely entertainment. Traditionally, all dances were performed in the village in large clearings or public areas at birth, marriage, death, during planting and harvesting, hunting, war, or at a feast.

Khmer folk dances are highly spirited dances that follow famous themes with lively movements and gestures. Dance motifs are usually based on local legends and the everyday life of the people.

Dancers dance with easy, improvised, yet composed movements designed to invite humor and enthusiasm, with upbeat music and rhythm. Many dances are accompanied by drums and instruments from the Mahori and Pinn Peat ensemble.

The young men play the Ken with a garland hung at the top end of each instrument. By blowing the Ken, they move the garland around the young women, hoping that they will fall in love with them.

This dance was choreographed by Prof. Pol Sam Oeun in 1967 and was later supervised by Prof. Chheng Phon. It was performed from 1968 until 1975 and has been revived since 1979.

When it comes to Ken music, some Cambodian people have been confused that the Ken instrument is not the heritage of Khmer ancestors. They think they belong to Laos because Ken's musical instruments appear to be more popular among the Lao than the Khmer people.

So, Is The Ken Musical Instrument Khmer Or Lao?

According to cultural researchers from the Ministry of Culture and Fine Arts: Ken music is not only widespread in Laos; Ken is also prevalent among Khmer people, especially those who live in Stung Treng province, which borders Laos.

Ken music is popular with Khmer people in Battambang, Siem Reap, Oddar Meanchey, and Banteay Meanchey. They even preserve the method of playing this classical musical instrument inherited from their ancestors.

The truth is this instrument originated in prehistoric times in Cambodia. Evidence shows through Mahathir drum carved Khmer ancestors playing Ken in 500-300 BC.

History revealed that the Indochina Peninsula originally had only Funan and Champa. Ancient civilization was born before any new country; the territory included Siam, Laos, and South Vietnam.

Jean-Jacques Milteau, the French blues harmonica player, once asked, "Does anyone know the harmonica's originality?"

He described the revolution of this musical instrument that came from the land Of the Indochina Peninsula 300 years before Christ, especially in Cambodia, from an instrument called "Ken." An unknown source exposed that a French monk named "Amino" brought this tool to Europe in 1776. "

Further researchers claimed that there are two types of Ken instruments: the big and the small ones. They both share the same feature, except that the big one is 1 meter long; meanwhile, the small one is 50 cm to 60 cm long.

The body or tube for the blower is made of hardwood, cut into a long round shape with longitudinal holes for blowing. Holes were drilled from top to bottom to place the bamboo in two rows. Each row has 7 to 8 bamboo stems.

The bamboo stems used for the nails have unequal lengths. They can be long and short, respectively. The tubes are perforated and then covered by thin, smelted copper.

The instrument is played by blowing and using both fingers to open the hole up and down to make the sound.

Cambodian people in the northern region, particularly Stung Treng, use the Ken instrument to showcase in certain music bands in various ceremonies to accompany singing and dancing. People dance in pairs (female and male) or in groups.

Robam Ken has been a fascinating art form for people in the highlands and plains. Neighboring countries such as Thailand, Laos, and Vietnam also use this instrument, which some may mistake as a national instrument.

Some cultural research found that it is impossible to separate the cultures and traditions of the Khmer people from the neighboring nations. The reason is that the northern Khmer tribes are inextricably linked to Laos and Thai in terms of culture, race, and species.

Ken is a tribal art instrument that originated in Mon-Khmer or Khmer-Mon culture and civilization before the influx of Indian and Chinese influences. The Khmer people formed a state starting from the first century AD under the influence of Indian culture, then known as the Mon-Khmer people.

Mon-Khmer or Khmer-Mon people came to live in the mountains, such as Sach, Samre, Preav, Kuy, Por, Chung, etc., known as the original Khmer.

The Mon-Khmer tribe has always been descended from preserving this Ken cultural art. This Ken art object is not only prevalent in modern society, but the discovery of skeletons in prehistoric sites also clearly shows that this art instrument (Ken) is a cultural treasure of the Khmer people.

On the other hand, ken instruments are also used by people from neighboring countries such as Central Vietnam, southern Thailand, Thailand, and Laos. They still use "Ken" instruments as their ethnic art.

Based on these findings, we could understand and assume that Khmers have not borrowed the Ken instrument to use as misunderstood by some people.

While "Ken" Has A Long History In Cambodia, Laos Has Proposed UNESCO "Khaen" As A World Heritage

While Khmer has Robam Ken, Lao has Khaen music. At first glance, these two arts almost resemble each other.

Because of its rhythmic sophistication, Khaen music is renowned across the Lao People's Democratic Republic. It is generally performed as part of village celebrations. It is normal for those who hear it to become enthusiastic performers in the songs and dances rather than just observers.

Khaen music is an important aspect of Lao culture since it fosters family and communal harmony. The method is also related to natural agricultural production and healthy lives through bamboo. Families play a vital part in the transmission of the art, and many local towns have Khaen player groups where youngsters may pursue the craft.

To keep the tradition alive in the face of changing lifestyles, notably globalization, some local communities, unions, and organizations have launched different projects to preserve and promote it through formal and non-formal curricula.

The Association of Khaen Arts was founded in 2005, and numerous events are held to nurture and strengthen the art.

Later, Lao cultural officials also tried to research the documents submitted to UNESCO until the official success in December 2017, decided Listed as an Intangible Cultural Heritage of Humanity, and declared for conservation among the Lao people.

Apart from this music, there are many other cultural properties that Laos is planning and preparing documents to submit to UNESCO to register as a World Heritage Site.

There was a strong reaction from the Cambodian people at the time. Still, His Excellency Thai Naksatya, a spokesman for the Ministry of Culture and Fine Arts, told the media that Cambodia should not react to Laos proposing to include the choreography as an intangible heritage because their country has a cultural heritage similar to Khmer. Thus, they can propose.

He added that neighboring countries always have a similar culture as their identity, and they propose to put it as their story. Therefore, Cambodians should not be afraid of this issue. 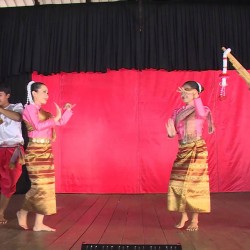 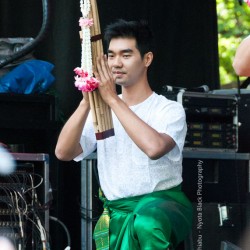 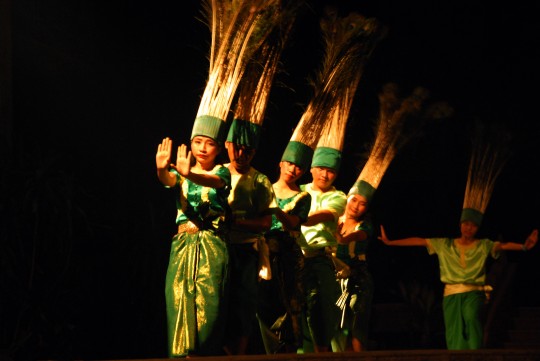 Traditional Folk Dance refers to all kinds of dances passed on from one generation to anot [...] 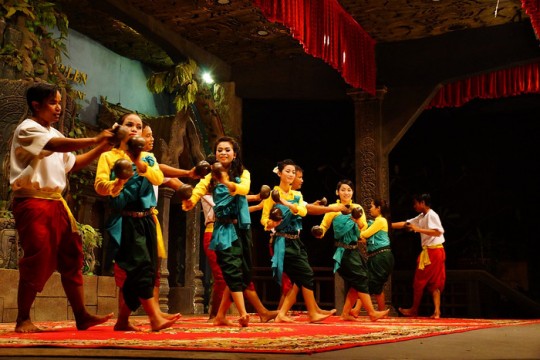 Traditional dancing is an important part of Cambodian culture that no trip to the country [...]