Giant barb or Trei Kol Raing is the largest species of cyprinid in the world. These migratory fish are found only in the Mae Klong, Mekong, and Chao Phraya river basins in Indochina peninsular. It has declined drastically due to habitat loss and overfishing, and it is now considered critically endangered.

Giant Barb is defined as the national fish of Cambodia. Giant barb is a freshwater fish. It was called in Khmer Trei Kol Raing or Trei Ka Hourn, or Trei Kbal Larn, and it is called in the scientific name “Catlocarpio Siamensis” and the English name “Giant Barb”.

Compared to other local fish, it is the largest fish in Cambodia and probably the largest fish in the world. It weighs from 150 Kgs to 300 Kgs and is about two to three meters long. It has large scales covering the entire body. Except for the head and fins. The overall color of the body is seen as a separate color, where above the stripe line is transparent black color, and below the stripe line is the silver color. This type of fish is protected by Article 18, Chapter 2 of the Royal Decree 33 on Fisheries law. This species lives along the Mekong river, especially the most appearance in the Tonle Sap. This fish is carved as a sculpture on the wall of Angkor Wat temple. They are usually seen in the big pools along the edges of large rivers, but will seasonally enter smaller canals, floodplains, and flooded forests. Young barbs are usually found in smaller tributaries and swamps but can acclimatize to living in ponds, canals, and swamps. The fish generally live in pairs.  These are migratory fish, swimming to favorable areas for feeding and breeding in different parts of the year. These slow-moving fish subsist on algae, phytoplankton, and fruits of inundated terrestrial plants, rarely (if ever) feeding on active animals. In the lower Mekong basin, young giant barbs have been reported as occurring primarily in October. It is very gentle and does not chase other fishes as food. Their meat is delicious which makes Cambodian like to eat. The fish are tasty and rich in proteins that can help your health. Furthermore, its scales are used to make the foundation of the shuttlecock (Sei) which is a popular sports instrument among Khmer people.

Besides of easy to feed than any other fish, it is also rare fish and is also taken care of and preserved by the Royal Government as well as NGOs. Currently, it has been encouraged to breeding stations to try to breed these fish and to promote farmers to feed them because these fishes are easy to feed and fast growing. At the same time, there have been fish-protecting areas along the Mekong river to preserve this endangered species. It is a highly efficient fish economy and NGOs are interested in helping to maintain this type of fish in order not to be threatened and destroyed. The main threats are from habitat loss (e.g., pollution and dams) and overfishing.

The sharp population decline is well-illustrated by fishing data from Cambodia, where 200 tons of giant barbs were fished in 1964. By 1980, only about 50 fish were fished, and by 2000, only 10.  It was formerly an important fish in local fishing below the Khone Phapheng Falls, but surveys between 1993 and 1999 only located a single small individual. Consequently, the giant barb is listed as critically endangered on the IUCN Red List. It has been entirely extirpated from the Chao Phraya River. In a 2005 royal decree, the Kingdom of Cambodia designated this fauna as the national fish to bring conservation awareness to this species. 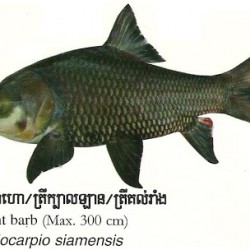 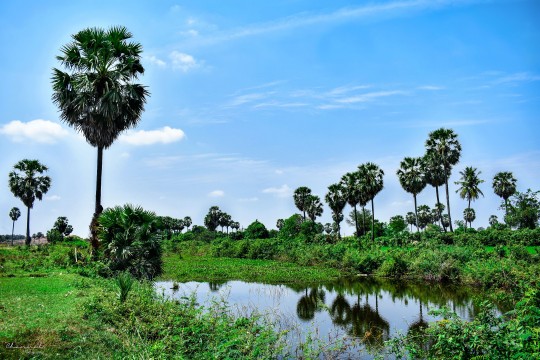 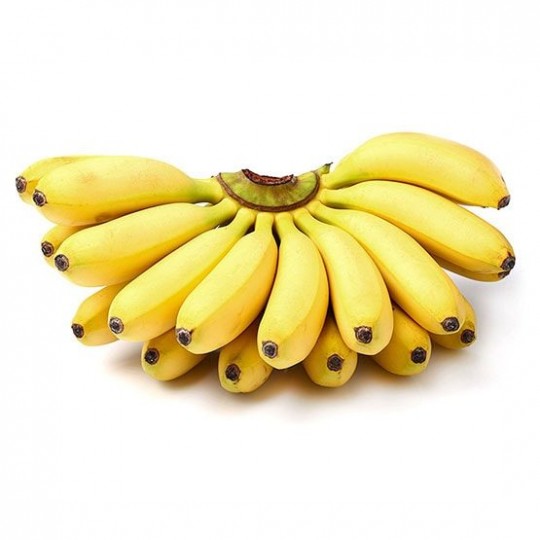