The exact reasons are still unknown but some research has pointed to the form growing out of a religious context in which Brahmanism was in conflict with Buddhism during the reign of King Jayavarman VIII (1243-1295). In this time, many female dancers were killed and others were taken on as concubines. Training male dancers was an opportunity to recreate a dance form based on Buddhist doctrines, The only story specifically performed by Lakhaon Khaol is the Reamker, the Khmer version of the Ramayana. The performance is accompanied by storytelling. with the narrators playing a key role in directing the performance, it is accompanied by the traditional pin peat orchestra.

Lakhaon Khaol was very popular in the Lon Nol regime and later favorite of King Sihanouk. At that time, there were eight professional troupes. The troupes were disbanded during the war and today the only original troupe remaining is that of “Wat Svay Angdet”, 15 kilometers from Phnom Penh. Two new troupes have formed since the war, which includes Kompong Thom troupe and the troupe of the National Theater (Department of Performing Arts of the Ministry of Culture and Fine Arts.)

Dating from before the Angkorian period, the Sbek Thom, along with the Royal Ballet and mask theater, is considered sacred. Dedicated to the divinities, performances could only take place on specific occasions three or four times a year, such as the Khmer New Year, the King’s birthday or the veneration of famous people. After the fall of Angkor in the fifteenth century, the shadow theater evolved beyond a ritualistic activity to become an art form, while retaining its ceremonial dimension.

There are three kinds of shadow theatre in Cambodia:

The puppets are made from a single piece of leather (for example, buffalo/cow skin) in a special ceremony for each character representing gods and deities. The hides are dyed with a solution made from the bark of the Kandaol tree. The artisan draws the desired figure on the tanned hide, then cuts it out and paints it before attaching it to two bamboo sticks enabling the dancer to control the puppet.

The performances traditionally take place at night outdoors beside a rice-field or pagoda. A large white backdrop is held between two tall bamboo screens in front of a large fire or, nowadays, projectors. Behind the screen, a low rectangular frame is built of banana trunks; it will contain the fire that will serve as the light source for casting the shadows of the puppets onto the screen. The raw materials for the fire are coconut shells or firewoods.

We can see that Lakhaon Khol (Mask Theatre) and Sbek Thom (Large Shadow Theatre) in Cambodia only perform the Reamker epic and we know that it originated from the Indian Ramayana. Although Sbek Thom plays only the Reamker epic, it never starts from the beginning to the end of the story, it just adopted some scenes in the whole story.

In general, among more than hundreds of Sbaek Thom figures in our collection that we have left today, most of them belong to the Indrajit’s battle episode who is the son of Ravana. Indrajit battled with Laksmana, younger brother of Rama. We usually this scene into three sub-scenes named for the main events in the battle. They are as follows: First, is Sor Neakabas. Second, is Sor Programmes: as the arrow that Indrajit shoots at Preah Leak. Third, is Sor Poan: Preah Leak’s powerful arrow which, when it hits Indrajit. For these sections, it took at least a week for our ancestors to finish these parts of the story. But in the past, we could have summarized to perform into three or four nights. Nowadays, we just briefly perform a short scene from 17 to 20 minutes, due to time limits.

There is not only Cambodia having these performance arts but also other countries in the Asian region such as India, Thailand, Indonesia, Malaysia, and Myanmar. However, the special and unique point of Khmer Shadow theater, Sbek Thom, it was proclaimed as World Intangible Heritage by UNESCO on 25th November 2005. In contrast, the popularity of this kind is very low not even to mention the recognition, the number of performance is decreasing. There is no many Khmer audiences come to see the show at all due to the spread of modern technology such as movies, videos, and television.

The shadows of the puppet’s silhouettes are projected onto the white screen. The animators bring the puppets to life with precise and specific dance steps. The performance is accompanied by an orchestra and two narrators. Inspired from the Reamker, the Khmer version of the Ramayana, the performances stage scenes of this epic, which may last several nights and require up to 160 puppets for a single presentation. Many of them were destroyed under the repressive Khmer Rouge regime, which almost annihilated this sacred art. Since 1979, Sbek Thom has been gradually revitalized thanks to the few surviving artists. So far, three shadow theatres have managed to rise from their ashes, ensuring the transmission of the knowledge and skills, including those relating to puppet making. 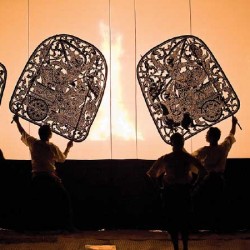 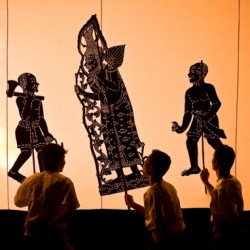 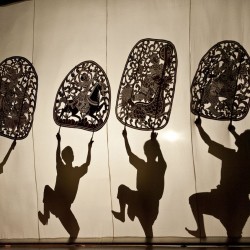 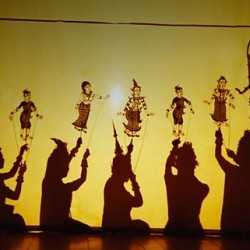 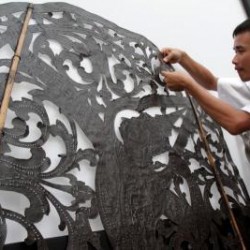 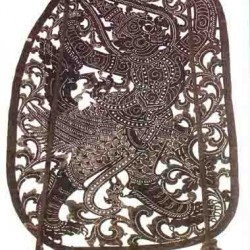 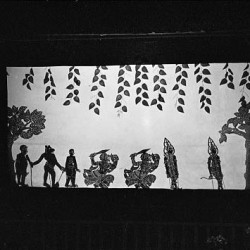 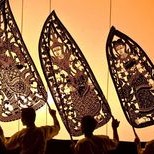 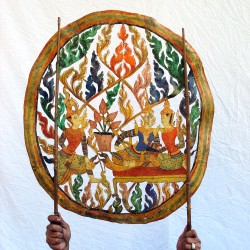 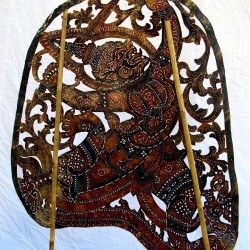 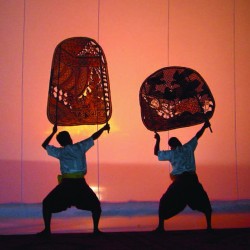 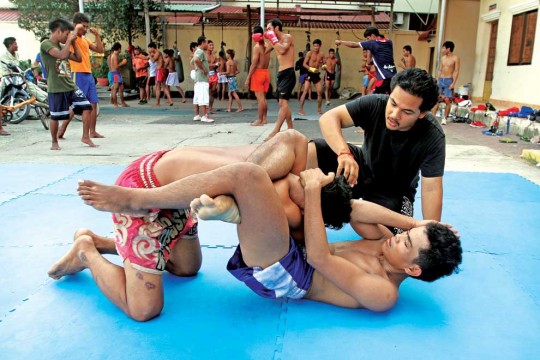 In Khmer wrestling, the dancing is as important as the wrestling. A match consists of thre [...] 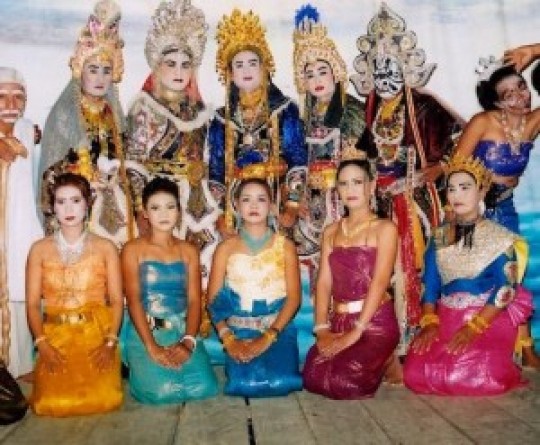 Lakhon Bassac is no different than many other forms, but has taken its name from the place [...]